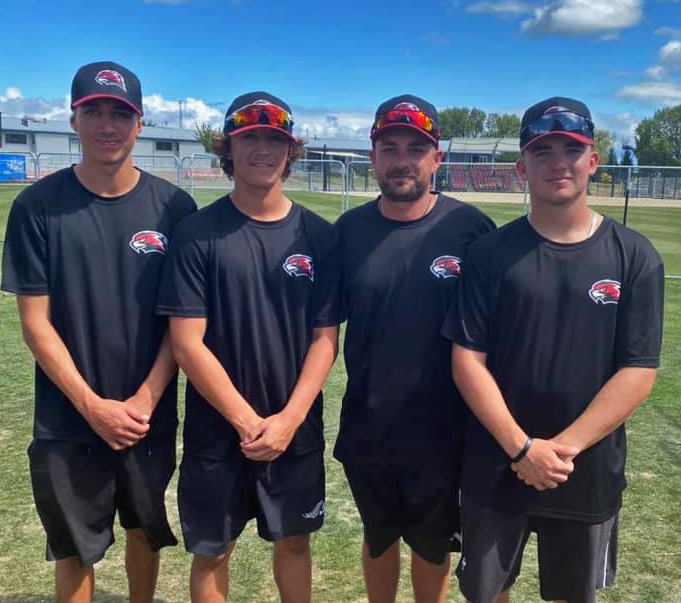 Huge CONGRATULATIONS to Levi Wilson, Te Kirika Cooper-Nicola, and Jamieson Graham (Non Travelling Reserve) we are so proud of all 3 of your and being named is a credit to your work and dedication.

Temperzone Junior Black Sox (JBSX) coach Thomas Makea has named his squad for next month’s WBSC U18 Men’s World Cup to be held on home soil in Palmerston North.

Twelve teams from around the world will converge on Palmerston North for the week long World Cup event. Coach Makea along with playing legends Jarrad Martin and Bevan Matene, have named an exciting young team looking to emulate past successes of great New Zealand softball teams.

Makea said that the past 12 months and recent U18 Nationals have given his management team a lot of confidence heading into the World Cup.

“We have set goals and observed these athlete’s over the past 12 months, which culminated at the just completed U18 Nationals. They displayed their skills, but also a lot of enthusiasm, passion and intensity to their games, which is something that the management team was pleased to see.”

“We have selected a well-balanced squad with a lot of these players able to play multiple positions which helps in the make- up of the defence. The team will be working hard over the next few weeks so they are well prepared to take on the world.”

“One of the young men, Brandon Bristowe based in Queensland, his father Mike was an Auckland rep for many years. We saw Brandon when the JBSX toured Queensland and were impressed with his form from that tourney, we followed his progress throughout the remainder of their season where he put up some impressive stats.”

The U18 Men’s World Cup kicks off on Saturday 22 February, with the Temperzone JBSX opening the tournament against Japan, the silver medallist at the last World Cup. The final will be played on Sunday 1 March.

This World Cup event will be screened live on Sky Sports.